Business Insider recently calculated how much certain billionaires and celebrities make hourly and some of the numbers are pretty mind blowing. To get the hourly earnings, the publication took the estimated annual earnings and divided its by 8,760, the number of hours in a year.

Holding the #1 spot on the list is Amazon CEO, Jeff Bezos, who’s estimated to make $4.4 million dollars an hours. Yes, go hate your life… you read that right. Bezos generates 157 times the median annual worker pay at Amazon. To emphasize that number even more, the second richest is Facebook CEO Mark Zuckerberg, who is estimated to make only $1.7 million an hour. Jeff Bezos received the title of “richest person in the modern era” with a fortune of $150 billion. 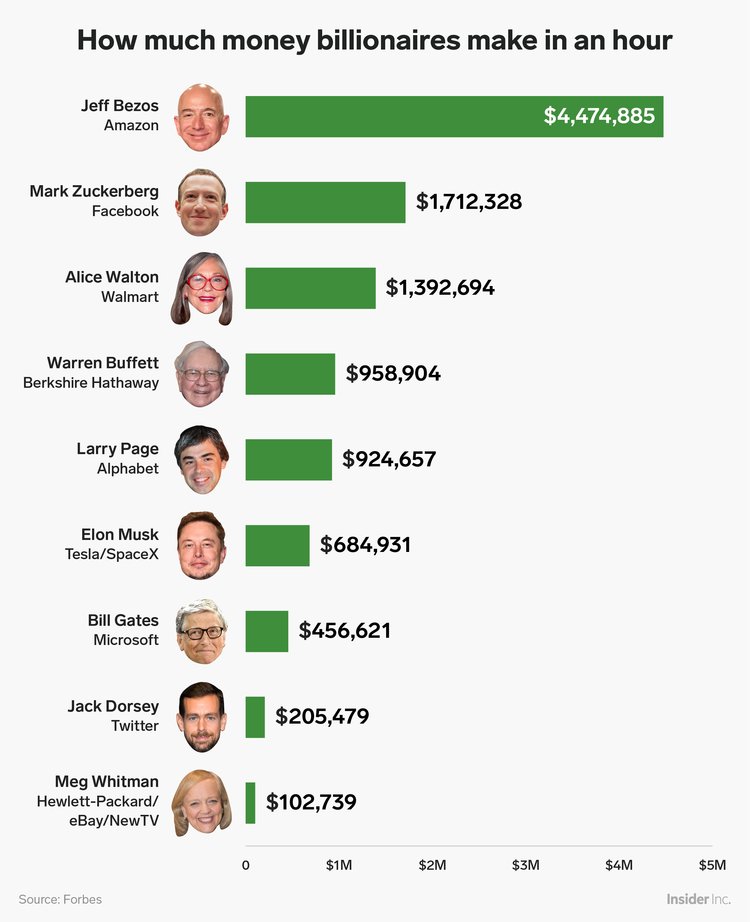 In regards to celebrities, George Clooney takes the cake earning a measly $27k an hour. Clooney might be a surprising name, but his leading value is driven by his take home portion of the sale of Casamigos tequila, a brand he co-owned, for $700 million. Kylie Jenner comes in at second on the list with her popular makeup line and other endorsements. 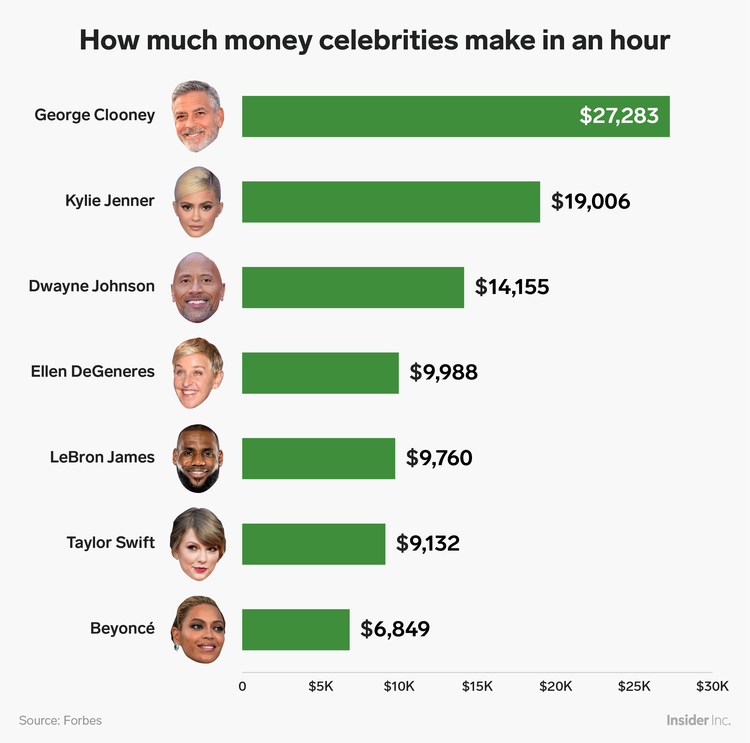 So what does this study by the Business Insider tell us? The rich only get richer. The average minimum wage in the United States is $7.85. To put that into context, Bezos would be wasting his time if were to stop for 1 second to pick up $100 bill on the sidewalk (he earns $1,243 a second). It’s ironic that the fortunes of these top 1% individuals are driven by the lower and middle class folks who buy their products and services.

Supreme Hypes Up the Morning News With the New York Post

Finding Value in Your Career

People Will Spend $8.8 Billion on Halloween

Pepsi Will Venmo You to Buy Junk Food

Apple Shakes Up Streaming TV With Its Own Service

Nike Risked It With Kaepernick and Won

Popeyes Gets $65 Million in Free Advertising for Chicken Sandwiches